The MerlinLight® is a specialized lighting fixture with the precision to frame light within the confines of the selected artwork and/or sculpture. The Merlin Light has been enhancing fine art collections worldwide for 39 years. Engineered to reflect color exactness and reduce light aging, the MerlinLight® is by far the finest Optical Projection Lighting System on the market today.  GlennCo. Inc. acquired the Merlin Light in April 2006 from its creator Merlin E. Johnson of Artistic Lighting who has been applying his products to discriminating art collections since 1968. Any other lighting source for fine art would be a compromise.

The MerlinLight® is a 2nd generation family business.  The founder Merlin E. Johnson worked in the custom lighting field since the mid 50′s, lighting some of the finest collections of art throughout the United States, Canada, and Japan.  His lighting works have been featured in Architectural Digest, Designers West, Palm Springs Life, and Vogue magazine.  His example inspired his sons who in turn have continued as creators and designers in the lighting industry. Mr. Johnson’s fascination with art lighting derived early on as a machinist and shop foreman for Rudolf Pierre Wendle; the original inventor of the framing projector lighting system.

In late 1968 Mr. Johnson as a machinist by trade, developed a new smaller and more efficient optical projector light, naming it appropriately the “Merlin Light”.  Over the next 38 years he continued to develop and refine his product until March 2006 when his son Glenn “Merlin” Johnson, CEO of GlennCo Inc. and Adaptive Design Group Inc., encouraged him to retire by buying his business and moving it to Salt Lake City, UT.  Glenn already with 6 Patents for lighting related products and systems under his belt has continued the family tradition of product development by applying for 3 additional MerlinLight® patents featuring a new Mounting System an energy saving CMH® Technology Lamp Retrofit System and a new Front Cone System allowing for quick and simple light framing adjustments.

Our biggest milestone has been the successful completion of safety and airtight testing of our recessed lighting series at the ETL testing laboratories.  This in essence means that our MerlinLight® products are the only recessed, precision optical light which meets the following standards; UL1598 and ASTM-E283-4.  With these stringent listings, we pass all safety requirements for the US and Canada and the airtight requirements for the State of Washington, The California Energy Commission, and The Energy Star Program. 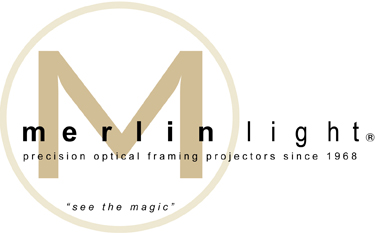